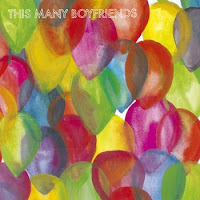 Last week, I wrote about Leeds based 'funpop' band This Many Boyfriends, and their track "I Don't Like You..." Since then, the band have put their latest single, "Young Lovers Go Pop!" on the interweb for all to see, and what a joyous piece of music it is.

"YLGP" is a dizzy slice of indie-pop that brings to mind the joyous, sing-along sounds of Los Campensinos and The Wedding Present that will surely be used to soundtrack the highlights of 2012's festival season.

The song will be released on August 22nd on Angular Records, both as an MP3 and a 7 inch vinyl with 2 new tracks.

Posted by Christopher McBride at 16:06