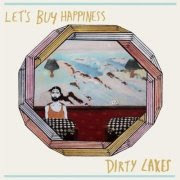 Newcastle based 5 piece Let's Buy Happiness have been creating quite a buzz lately, supporting bands like The Temper Trap and Frankie & the Heartstrings, playing Glastonbury, and recording live sessions for Huw Stevens. They are now lining up their next single release, which is the rather groovy "Dirty Lakes."

"Dirty Lakes" has an odd feel to it, given that Sarah Hall's empassionate vocals and evocative lyrics seem more akin to Melanie-esque folk than the Joy Formidable-esque instrumentation that the song contains. Nonetheless, this juxstaposition of styles works wonders on this track.