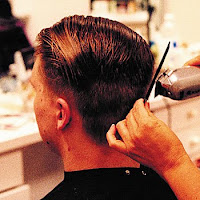 Milk Maid were formed by former Nine Black Alps bassist Martin Cohen, and released their debut album "Yucca" in June of this year. Now they are lining up to release their next single from the album, the fantastic "Dead Wrong."

"Dead Wrong" melds the dark undertones of Lou Reed's "Transformer", with the noisy simplicity of Teenage Fanclub's "Bandwagonesque" era and sublime pop melodies. Never before has darkness been so joyous.

"Dead Wrong" will be released as a 7 inch single on September 19th on FatCat Records, backed up with new song "I Know."

Posted by Christopher McBride at 15:48