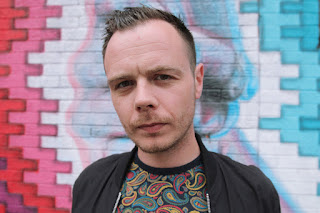 Our guest on this episode of The Metaphorical Boat Podcast is Strabane singer/songwriter and member of A Northern Light, Darren Doherty, who talks about his musical journey, his first solo album "What You Do" and its spontaneous recording process, and his new band, The Heathen Choir.


Posted by Christopher McBride at 18:13 No comments: 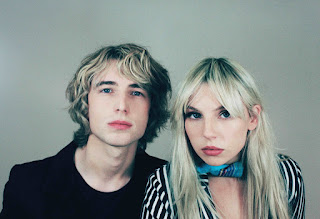 
*whilst recording as Southern, Thomas & Lucy used the surname "Southern" in all their promotional material, so we assume that this was a pseudonym and "Gaffney" is in fact their real surname.
Posted by Christopher McBride at 18:58 No comments: 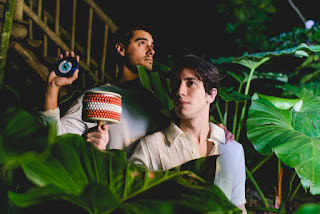 At the start of 2017, there was one thing in particular that The Metaphorical Boat was hoping to hear in the year ahead, and that was an honest to goodness, bona fide disco banger. We've always had a soft spot for the genre, but it has been a while since we've heard a modern one that's really excited.

In the 21st century, we've had the insatiably brilliant "Murder on The Dancefloor", and of course "Get Lucky" was, and continues to be, the feel-good song of the summer. But apart from those songs, and the occasion stroke of genius like "Blind" or "Beaches & Friends", there hasn't been many other disco songs that have moved us, which is why we were so keen on 2017 doing something to remedy that.

And it looks like 2017 may have just answered our call, in the form of Brazilian duo Balako. Their debut single, "Hora De Balako", has just about everything that we want in a total disco banger - funky basslines, swooping strings, and a feelgood chant you just cannot help shouting along to, even if you a) don't know what it means, and b) are walking around listening to the song on headphones, aware that people will give you funny looks for shouting such a phrase at occasional intervals.

"Hora De Balako" is out now.

Posted by Christopher McBride at 15:53 No comments:

Email ThisBlogThis!Share to TwitterShare to FacebookShare to Pinterest
Labels: Brazil, disco
Newer Posts Older Posts Home
Subscribe to: Posts (Atom)
The Metaphorical Boat is always on the lookout for new music. If there is any music that you think we should be writing about, or if you are a maker of fine music yourself, then please get in touch:
christophermcbride@outlook.com