Southern - Where The Wild Are (E.P) 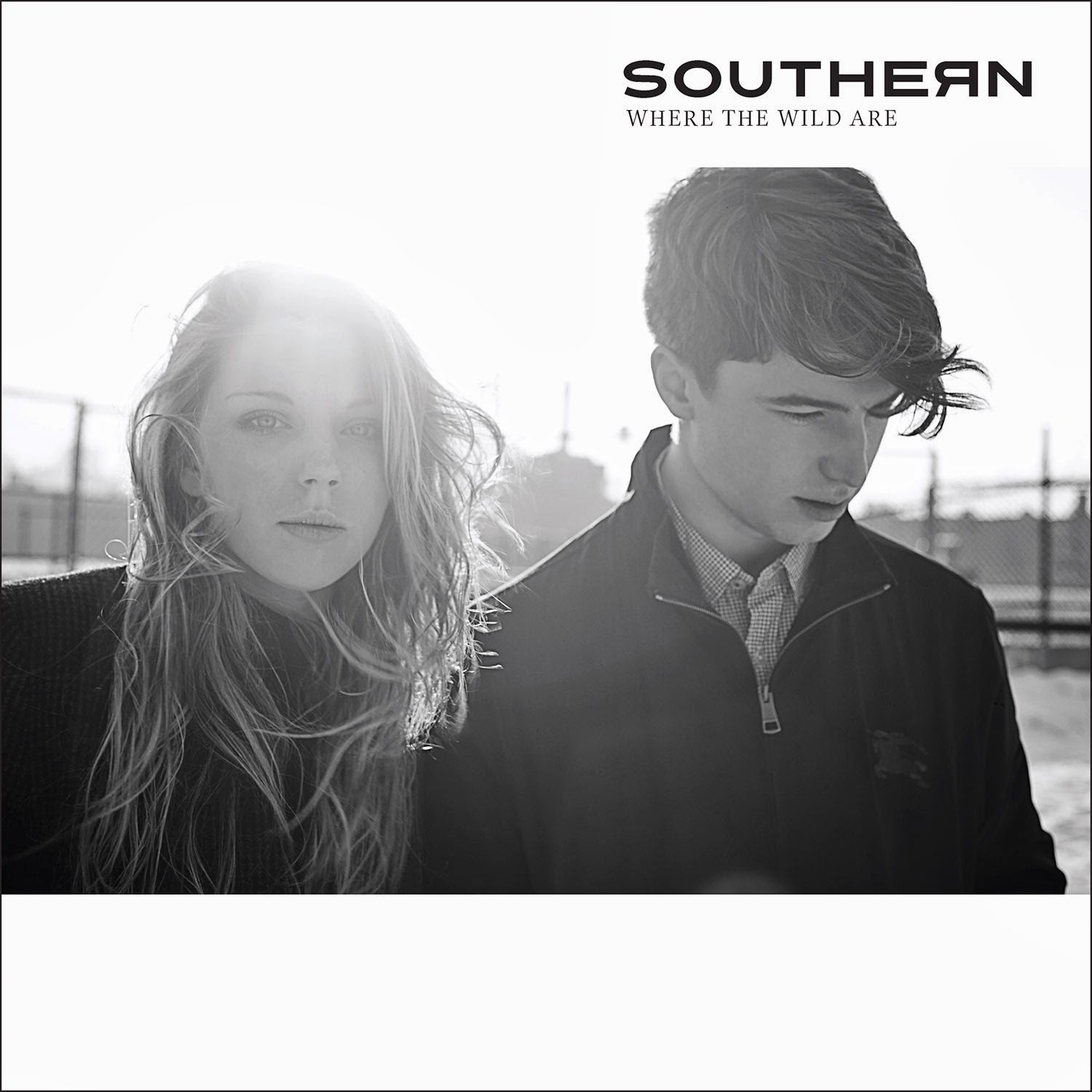 To say that this blog has something of a fondness for Southern, the Belfast bred, Liverpool based sibling duo, would be something of an understatement. They were the first local band we re-discovered after returning from a year spent in the Midwestern wilderness, they were the second Northern Irish group this blog wrote about when we started way back on July 2011 (the first being Yes Cadets, who are still going strong), and we have revisited them on several occasions, watching them as they have grown in maturity and in terms of their fanbase.

The past 6 months or so however has seem them take massive leaps and bounds forward, with the band seemingly finding the sound that they're most comfortable - a combination of rock, blues, folk and country, all tied up by the intertwining vocals of the duo. This has seen them rewarded with a record deal which has made them label mates of Jagwar Ma and Childhood, featured on a Kitsuné compilation album, and receive extensive airplay on Radio 1 and XFM among others.

It is off the back of this that the band have released their latest E.P, "Where The Wild Are". If the name sounds familiar to you, there's a reason for that - the song was originally released as a free single back in May 2012, causing a few minor ripples on the blogosphere at the time. If you think this is merely a re-release of that song, then you'd be dead wrong - for this version is a radical re-imagining of the original recording in a style that better suits the band's current musical style. It's no longer a breezy, cute, acoustic number, instead it's a slide guitar led blues rocker which, for lack of a better phrase, has a lot of balls.

When I first heard the new version, it didn't click straight away, as the original version of "Where The Wild Are" had been my favourite Southern tune to date, and I wasn't too impressed that the new version only bore a passing resemblance to the original. However, over the past few days it has completely clicked - this is how the song needs to be presented, and deserves to be presented.

The other two songs on the E.P show different aspects to the band. "Oh Won't You Go" sees Lucy take sole lead vocals, and shows of the band's more tender, Mazzy Star-like side, whilst "Four Days" could perhaps be best described as heavy country. Neither of the two songs are a match for the title track, but still show the band's knack for crafting rather decent songs.

Southern have come on leaps and bounds in the few years since they first came to our attention. 2014 could be the year where they burst their way into the big leagues, which if this E.P is anything to go by, is not empty hyperbole.

The "Where The Wild Are" E.P will be released on April 14th.

Posted by Christopher McBride at 12:21