Mappa Mundi - What Have You Done? 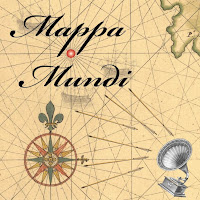 Brooklyn based quintet (and sometimes more) Mappa Mundi are the next in a long line of chamber pop musicians that have included The Byrds, The Divine Comedy and, to a lesser extent, Vampire Weekend. The group released their first mini-album, "And in this Way We Come Unmoored" in 2010, and have followed it up with the "Song for a Fortnight" project, in which the band record a track every 14 days and make it available to download for free.

Taken from this project is the song "What Have You Done?", which is a Beatles-esque number (right down to the title, which is taken from the song "Sexy Sadie"), which sees vocalist Adam Levine (no relation to the Maroon 5 frontman, as far as I am aware) sounding quite rather like Muse frontman Matt Bellamy. There are also shades of Rialto in the mix as well.

"What Have You Done" is available to download for free.