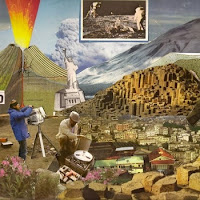 Sunderland based trio Perfect Little Circles are the self-styled purveyors of 'simple, catchy sweet and sour pop.' They are releasing their debut E.P on 12th September (which curiously enough, is also called "September"), and taken from it is the lovely "Organ Song."

"The Organ Song" (so called due to the synthesized organ sound that overwhelms the song) is a finely crafted indie song, that features harmony vocals that call to mind the Gerard Love-penned songs of Teenage Fanclub, mixed with a playful, lo-fi production aesthetic.

"September E.P" will be released on September 12th on Tiny Lights Recordings.


Posted by Christopher McBride at 15:11