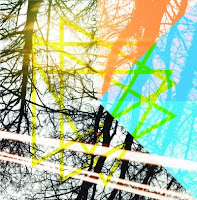 Unlike some people, I have no qualms about artists letting their music be used in advertisements. Although there is still a stigma around a band 'selling out' by allowing their songs to be used to flog whatever the kids are buying these days, the benefits far outweigh the negatives, especially if the band is not a household name. As well as the paycheck, which could be enough to keep some artists doing what they love for longer, the exposure that the song creates could lead to raised awareness of the band, more sales of their back catalogue, and bigger and better gig opportunities. The one occasion where I wouldn't be happy with an artist licencing their songs would be if they allowed it to be used to advertise products that go against what the band stand for. I wouldn't expect to see a band with impeccable environmental credentials letting their song be used in an ad for a 37-seater hatchback for example. And although the devilish side of me would love to see "Some Girls Are Bigger Than Others" used in an advert for KFC, I very much doubt that Morrissey would ever approve that license.

Which leads me on to an act that I only would have discovered through the power of the synch. Whilst watching my latest dose of TV on a legitimate streaming site, I came across an irresistible little piece of music being used in an advert for an alcoholic beverage. Intrigued by the song, I carried out some extensive research (by which I mean I asked everyone on social networking sites if they knew what the song was), and discovered the song was "Red Handkerchiefs", by Trwbador, an electric/acoustic duo hailing from Wales. The song itself is a wonderfully refreshing one. Beginning with layered vocals from Angharad Van Rijswijk, the song builds up into a cacophony of pure loveliness, with acoustic guitars, glockenspiel and scratchy samples aplenty, before taking a slight diversion into sub-bass for the last minute. It is a well constructed song that really stands out as something different yet brilliant.

The song is taken from their self-titled debut album, the Welsh Music Award nominated "Trwbador", which is out now.

Thanks to Eoin of Best Boy Grip for letting me know what song was used in the advert. To read someone else's opinion on having music used in adverts, check out the thoughts of J.Willgoose Esq. of Public Service Broadcasting.
Posted by Christopher McBride at 13:01