Cull - World Inside Your Head 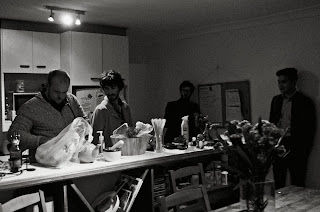 What would British Sea Power sound like if they suddenly went down the shoegaze route and moved to Australia? One imagines that it might end up sounding something like "World Inside Your Head", the new single from Sydney based 4-piece Cull. The band recorded and engineered it at a makeshift studio situated under a loft bed, and in spite of the physical restrictions they have made an impressively expansive sound that could easily have been recorded in an aircraft hanger instead. "World Inside Your Head" stands out as a rather cinematic sounding track, one which wouldn't sound out of place soundtracking a David Attenborough documentary montage.

"World Inside Your Head" is taken from the band's E.P "Bà nội", which is due to be released at the end of October.