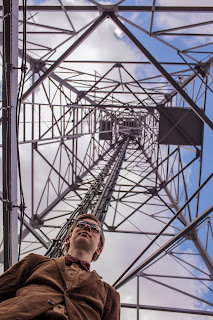 So the Mercury Prize has come around again, and like clockwork there's the inevitable backlash against the albums that have made the shortlist. With hundreds of albums from the UK and Ireland released every year and only 12 albums making the shortlist, it goes without saying that not everyone is going to be happy with the albums on the list. However, it appears that this year, the judging panel have released a 'bubblewrap' shortlist - going for the safest possible list in order to deflect themselves from criticism and the inevitable cries of "who's that?" whenever someone who's barely sold 100 albums makes the list. Don't get me wrong, there are some great albums on this year's list. I definitely wouldn't begrudge the inclusion of Foals, Jake Bugg & Arctic Monkeys. But when the biggest surprise nomination is Jon Hopkins, a man who has produced for Coldplay, then they have quite possibly got it wrong.

There have been so many great albums from less established or more interesting artists like Melt Yourself Down, Outfit & Girls Names who would have made worthy additions to the list, and it seems a shame that the Mercury Prize has played it incredibly safe this year. Some people are claiming that it is time to put the prize itself to sleep as it is no longer meeting its initial purpose to allow more niche artists to compete on level terms with more established artists. I still see the merit in the Mercury Prize - after all, I would never have discovered one of my favourite albums of all time, "We Can Create" by Maps, without the list. What I do hope happens is that as a result of this year's criticisms, next year's list with have a little bit more of an 'edge' to it.

After all, how the heck did this year's voting panel miss out on "Inform - Educate - Entertain", the stunning debut album by Public Service Broadcasting? The album seems to fit the essential criteria for appearing on the list - the album sounds like nothing else that has been released this year, it shows an amount of innovation which will lead it to being influential, there is not a single bad track on it, and it is an album that could be revisited several years down the line and still hold up as a great work of art. I don't know the reason why it didn't make the shortlist, although the two most logical reasons I can think of for its exclusion are a) The band themselves didn't put it forward for consideration, or b) The Mercury Prize judging panel do not have ears.

At least fans of Public Service Broadcasting can be happy in the knowledge that the band themselves will continue to pick up even more steam over the next few months. They are going on tour of the UK in November (including a return to Belfast on November 15th), and later this month they are going to be supporting Manic Street Preachers on a number of dates (which is rather apt, giving that the use of samples on "The Holy Bible" was one of the inspirations for PSB). In addition to this, they are releasing a new single from the album, "Night Mail" to coincide with their dates. The song takes its title and samples from the 1936 documentary of the same name, which incorporates a poem by W.H Auden in a rap-like fashion and overlays it with PSB's own brand of electronic rock production. It's one of the best songs on the album which hasn't been released as a single yet (alongside "The Now Generation"), so it's great to see it getting some more promotion.

Here's a final thought to leave you with - because "Inform - Educate - Entertain" charted within the top 40, Public Service Broadcasting are eligible for nomination for the 2014 Brit Awards. Does anybody have a list of phone numbers for the judging panel?

"Night Mail" will be released on November 4th.

Posted by Christopher McBride at 13:41

Email ThisBlogThis!Share to TwitterShare to FacebookShare to Pinterest
Labels: Tips for 2013