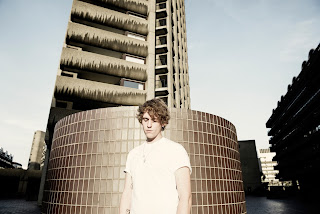 Earlier this year, Hitchen based singer/songwriter Rhodes picked up a lot of attention for his demo "Always", first charming the attention of radio bigwigs before spreading over to the blogosphere (including yours truly). Thanks to the attention he has received, he has now signed a record deal with Hometown Records (a label which is co-run by Radio 1's Phil Taggart), and is due to release his debut E.P next month.

The lead track from the E.P, "Run", has just been released to the interwebs. The track packs a bigger punch than his previously released recordings, with a slightly more expansive folksy production style and a massive, yet ethereal chorus. Rhodes' voice reminds me a little of Andrew Montgomery from Geneva in places, and the chorus does have a little bit of Chris Issak's "Wicked Game" to it, both of which are definitely not criticisms or complaints.

Given the release date of his E.P, as well as his increasing popularity, it would appear that Rhodes is being positioned by the powers that be for inclusion on the tips for 2014 list of every "taste maker" under the sun. If he can deliver more songs like "Run" on his E.P, then I imagine that his name might show up in a few more lists.

"Run" will feature on the "Raise You Love" EP, which is released on October 28th.

Posted by Christopher McBride at 11:33