A Plastic Rose - This Side of Winter 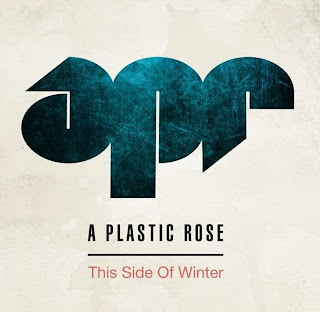 A Plastic Rose have been very busy boys this year. As well as relocating from Belfast to Nottingham, they have also found the time to re-release their undoubted trademark track "Kids Don't Behave Like This" (which was used in an episode of brain numbing TV show Hollyoaks), and get some mainland gigs under their belt, including a support slot with The Rolling Stones at Hyde Park. The band are due to release their first fresh new single since the release of "Camera.Shutter.Life", and there is every hope that the song will help them to build an even larger audience.

This is because "This Side of Winter" is, for lack of better phrasing, their poppiest, and most accessible single to date. And without sounding premature, it is also their best. The loud guitars and angsty vocals of APR of old are still intact, but on this occasion it has been utilized in an incredibly radio-friendly manner (well, as radio-friendly as a song with shredding in the middle 8 can be). There are lovely Britpop vibes coming from the song, which is particularly welcome from a blog which has long worshiped at the feet of that movement, and is also reminiscent of a heavier version of the similarly influenced Tribes.

A Plastic Rose have been held in high regard in Northern Ireland for many years now, and in the past few months their reputation has started to build in the rest of the UK too. If the fabulous "This Side of Winter" does not significantly boost their reputation on a much wider scale, then it will be disappointing indeed.

"This Side of Winter" will be released on October 28th.

WARNING - video contains a scene of simulated violence against a stuffed animal, which owners of stuffed animals may find distressing:

Posted by Christopher McBride at 15:02