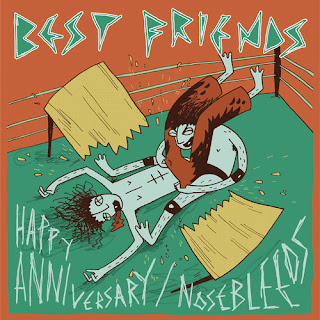 People say that everybody comes up with three million pound ideas every year. Because I am a benevolent captain, I will share one of mine with you.

Basically my idea is an app which is inspired by automated music recommendation services like last.fm. However, unlike those services, which analyses what you have listened to on your MP3 player/iPod and gives you suggestions based on what you've already experienced, my concept will only give you one. Having analysed the most popular songs you have played, as well as looking at the genres/type of music which gets added throughout the year, the app will distill this into one song that represents you and your music taste most succinctly. It could be a song that you have played all the time, it could be a song that has laid dormant on your hard drive for years going criminally ignored, or it could be a song that you've never heard in your life before that moment. Whatever it may be, it will be your song, and yours alone, at least until a few months down the line when your music taste changes and you get a new 'you' song. If anyone would like to develop/licence the idea from me, my fee is 20 Battenberg cakes, to be deposited in a bank in the Cayman Islands (lest HMRC tries to take the marzipan).

So if this hypothetical app was to analyse this blog's musical preferences over the past year, what song would it consider to be 'my' song? That's something I could not know for sure, but I imagine it would sound something like "Nosebleeds", the new single from Sheffield group Best Friends. It's a song that contains more or less everything this blog loves - loud distorted guitars, a lovely wee guitar riff/lick running through the song, a youthful urgency in the lyrics, yet fashioned into a pop focused mold. Some people might call this music garage rock revival, others an attempt to replicate the sound that broke The Vaccines three years ago. As for myself, I can only call this song one thing -  my song.

"Nosebleeds" is out now as a 7" single, complete with a comic put together by the band.

Posted by Christopher McBride at 21:45