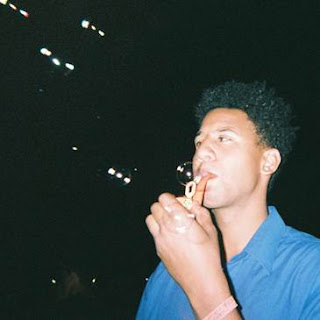 So it turns out that B-Town, a movement of indie-rock featuring bands like Swim Deep, Peace & Dumb hailing from Birmingham really is a thing. How do we know this? It has its own Wikipedia entry, the 21st century's rubber stamp of popular acceptance. Whilst I have to particular qualms about disparate bands being grouped together for media cohesiveness (after all, Britpop suffered from that to a particular extent), I must say I find B-Town to be rather ridiculous indeed. Why? Because whoever came up with the name, or more likely those journalists who popularized the term, didn't even do their basic research and realise that Birmingham is a CITY, not a town. It's probably not the most ground-shaking criticism of the sub-genre, but it's one that could have been so easily changed months ago.

Oh well, for the moment it seems like B-Town is going nowhere, with Superfood (a band named after a marketing term that has no real meaning whatsoever) being the latest Birmingham band to release a new track . The follow-up to their self-titled debut single, "Bubbles" shares some of the discordant fun that marked some of Blur's best album tracks, as well as borrowing some of the spiky energy of The Hives for good measure as well. Call them Britpop revivalists, call them leading lights of "B-Town", or call them whatever the heck you like. No matter what you call them, the fact remains that they're a rather enjoyable band indeed.

Superfood will be playing in Belfast (or as it is now henceforth known, "The Other B-Town") at Voodoo Bar on October 5th. Support comes from Wonder Villains.