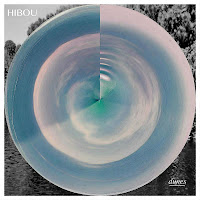 The surf-rock genre has had something of a resurgence in recent years, with alternative artists like Wild Nothing, DIIV and Belfast guys Girls Names winning over the blogosphere with their jangly tunes. The next artist hoping to break through with his own take on the sub-genre is Seattle based Peter Michel, who records under the name Hibou (which incidentally, is the French word for owl).

If you're a fan of the aforementioned groups, you will find much to love in his latest single, "Sunder". All the trademarks are there - the jangly guitars, a prominent bassline, hushed vocals buried in the mix, and a more-than-slight hint of the "17 Seconds" era of The Cure. It would have been nice if the song had something extra to distinguish it from its influences (the distorted vocal break from 1:50 notwithstanding), but it's a decent song, and one that should find favour with many people.

Hibou's debut E.P, "Dunes", will be released on June 13th. "Sunder" is available as a free download.