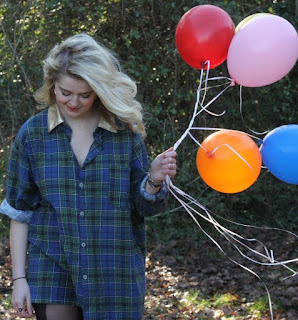 Hailing from Bangor in Wales, Casi Wyn has recently released her debut E.P, the folk-pop influenced "1". Although the majority of the E.P is sung gorgeously in Welsh, her native tongue, the final track on the E.P, "Winter", is sung entirely in English. Ironically enough, it is also the strongest song on the record, and the one which deserves to reach the largest possible audience.

"Winter" is a track which is largely electronically produced, yet at the centre is something wholly organic. This is largely down to Casi Wyn's beautiful voice, one which is both vulnerable and powerful in equal measures. The song is a mix similar to the style of Ellie Goulding, Loreen and Bat For Lashes, and fans  of any of those artists will find much to love here.

Posted by Christopher McBride at 12:58