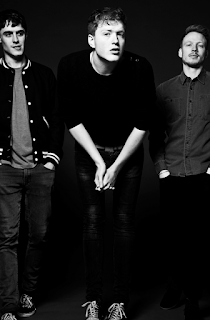 Perhaps the most backhanded compliment that one can give to a band is to say that they sound like Coldplay. This largely because this has become shorthand for generic anthemic rock by-the-numbers. Bands like Snow Patrol, Starsailor, The Fray, or more recently Kodaline have had the "new-Coldplay"
tag attached to them, whether or not it is a fair assessment of their sound.

This brings us onto London based trio Waylayers. Waylayers sound like Coldplay. They really, really sound like Coldplay. "S.O.S" sounds like a song that could have easily fitted onto the "Mylo Xyloto" album, despite its less lavish production and lack of knob botherer Brian Eno. The vocals of Harry Lee are so Chris Martin-esque that it's hard to believe that this isn't a super secret side project.

That's not saying that "S.O.S" is a bad song. On the contrary, it's a very good one indeed. There's some lovely synth-work on the track, and it's melancholic indie-dance sound is quite refreshing. I just hope that their future work is more Waylayers and less Coldplay.

"S.O.S" is taken from their "Fault Lines" E.P, which is released in July.

Posted by Christopher McBride at 15:50