Catfish and The Bottlemen - Homesick 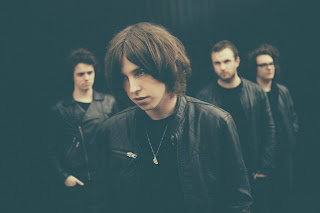 Hailing from Llandudno in Wales, Catfish and The Bottlemen are not the sort of group one would expect to be signed to Communion Records, the home of Ben Howard and Michael Kiwanuka. For the group seem to like their music a little bit louder, if debut single "Homesick" is anything to go by.

The song is firmly in the anthemic mode, building from a serene beginning into a chorus that just demands to be shouted back by the group's fans at their gigs. The song sits somewhere between U2 and some of the rockier moments from Stereophonics, which isn't a bad thing indeed.

It's an incredibly confident debut single from a band who are still in their teens. Just don't let their ridiculous name get in the way of your enjoyment.

"Homesick" will be released on June 17th.

Posted by Christopher McBride at 14:13