What is it?
A three day outdoor event featuring some of the best known artists in the music world. Last year it saw performances from Foo Fighters & The Stone Roses, among others.

Where is it?
Boucher Playing Fields, Belfast.

Who's headlining?
On Wednesday, the headliners are Kings of Leon, a band who always go down well at Irish festivals.

On Thursday, local juggernauts Snow Patrol will be taking to the stage at Boucher Road for their only European date over the summer. Given that their three nights playing at the 15,000 capacity Odyssey Arena were sell-outs last year, it's safe to say that tickets for this one won't be on sale for long.

Friday's headliner will be Swedish DJ/producer Avicii, who no doubt will be pressing buttons, then rolling his fist in a circular fashion.

Who else is playing?
Kings of Leon will be ably supported by English indie favourites The Vaccines.

The support artists for Snow Patrol are definitely on the energetic side. US singer/songwriter Jason Mraz, up and coming Dublin group Kodaline and local hero Foy Vance will be taking to the stage on the Wednesday. 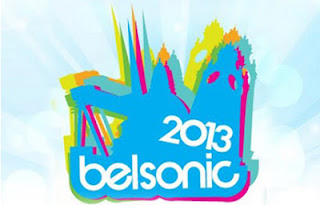 What is it?
Less of a festival and more of a series of gigs under the same banner, Belsonic is one of Belfast's premier summer music events. It's ability to attract world class names, as well as incredibly strong supporting acts, adds to its prestige. Last year, the festival boasted names such as Tom Jones, David Guetta, Emili Sande & Two Door Cinema Club.

Where is it?
Custom House Square, Belfast. It's situated right in the middle of the city centre, so it's relatively easy to travel to and from.

Who's headlining?
Seven bands will be headlining the stage at Customer House Square. They are Basement Jaxx, Ben Howard, Nine Inch Nails, The Lumineers, Jake Bugg, Steve Angello & Bullet For My Valentine.

Oh, and a little known band called Suede, who are playing their first Belfast gig in over 10 years.

Who else is playing?
Steve Angello will be ably supported on Sunday 25th August by An21, Max Vangeli, Third Party & Qulinez (me neither).

Bullet For My Valentine will be supported by fellow shouty rockers Bring Me The Horizon, as well as Gojira.

Nine Inch Nails will be supported by local instrumental-rock band And So I Watch You From Afar.

Jake Bugg will be joined by The Courteeners, Nina Nesbitt & Silhouette.

Suede will have James on the bill with them, alongside local group RunawayGO. 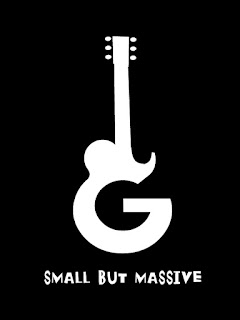 What is it?
Seen as the jewel in the metaphorical crown of Northern Ireland's festival season, the "Small But Massive" festival's aim is to "nurture young creative talent while providing a platform for the Irish music scene," a vision that has seen it pick up a plethora of awards.

Where is it?
Draperstown, in County (London)Derry. And definitely not in Glasgow, as many people are still prone to believe.

When is it?
Friday July 19th & Saturday July 20th. For the first time, the festival will be happening over two days - Friday will feature solely Derry artists (this being its year as UK City of Culture), with Saturday's festival featuring music from all over Ireland.

Who's headlining?
This year's Glasgowbury boasts three headlining acts. Firstly there's Derry dance duo The Japanese Popstars, who will be delivering the bass & beats up the side of the mountain. Instrumental rockers And So I Watch You From Afar will be bringing their energetic show to Draperstown, and Downpatrick's The Answer will be delivering some classic rock vibes.

Who else is playing?
As always, Glasgowbury plays host to the cream of musical talent in Northern Ireland (and a few from down south as well). Some of the artists returning to the festival include Derry poppers Wonder Villains, indie-rock mainstays RunawayGO, singer/songwriter VerseChorusVerse, rock titans More Than Conquerors, heavy rockers Trucker Diablo and returning after a long absence, Jetplane Landing.

Website?
I assume you know how a hyperlink works. It is the 21st century after all.
Posted by Christopher McBride at 13:54