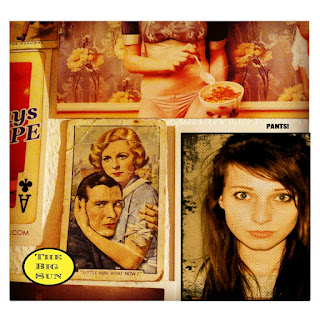 Following on from the release of their "Sticklebacker" E.P, Oxford based group The Big Sun, fronted by teen singer Berry but featuring members of Ride & Candyskins, have released their latest single. Entitled "Pants!", the song is a more subtle effort than the out and out pop of their debut release, with an almost jazzy feel to the recording. It's as if Kate Nash has relocated to Paris and has set up shop in a smoky, bossa nova café. Former Creation boss Alan McGee has allegedly taken an interest in signing the band, so only time will tell if the group make a splash.