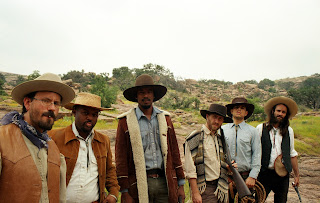 Having recently signed to Vagrant Records (the home of Eels among others). Texan sextet Black Joe Lewis will be releasing their next album later this summer. In anticipation of this, the band have made the first track from that record available for download. "Skulldiggin" is a great slice of guttural, primal blues-rock, centred around an overdriven guitar riff, which wouldn't sound out of place in Jack White's record collection.

"Skulldiggin" is taken from the album "Electric Slave", which is released on August 27th.


Photo is © Keith Davis Young
Posted by Christopher McBride at 11:49