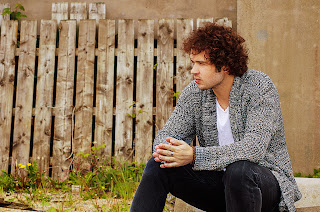 Given that Belfast based singer Jason Clarke has been building up a rather decent following locally over the past year, it seems shameful that this blog hasn't given him a single mention to date. So, in the words of Uncle Argyle from Braveheart, the greatest cinematic character ever, "I guess that's something we'll have to remedy". And now is as good a time as any, given the release of his latest single, "Loving You".

First, the background. Jason has been described in many quarter's as the Northern Ireland's musical heartthrob. I'm not the best at judging these things, so I'll have to take it at face value. To date, he's performed with Paolo Nutini and Brian Kennedy, and has co-written songs with Iain Archer, who's best known for co-writing "Run" by Snow Patrol and half of Jake Bugg's debut album.

So what does Jason Clarke sound like? On the basis of "Loving You", the answer is, "like he belongs on Radio 2". The song is a big pop-rock ballad which has clearly been produced for MOR radio play in mind. It's a song reminiscent of 2004, when a similar style of soulful balladry from the likes of Kristian Leontiou took over the airwaves and music video channels, so if musical genres really do go in 10 year cycles of popularity, Mr Clarke might be very well placed to capitalise on changing tastes.


Posted by Christopher McBride at 15:51