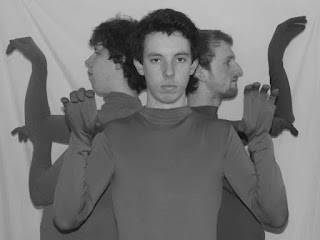 Is there a growing trend among Northern Irish artists to take inspiration from Pokémon? One of the best EPs to come from the north this year has came from TeamRKT, who named themselves after the crime syndicate from the game/TV series. In addition, one of Wonder Villains' best loved songs, "Ferrari" contains lyrics about swapping siblings for a Charizard.

Now we have another group who've appear to have Pokémon related sympathies. Belfast trio The Pidgeys appear to have named themselves after one of the pigeon-derived creatures that you can obtain near the beginning of the game. And in what is possibly a more oblique reference to the franchise, the band's debut EP, "Blue", has quite possibly been named after the first Pokémon game released (alongside Red). The song itself is a bass led alternative-rock tune that calls to mind 90s groups like Sebadoh and Pearl Jam, and should place them nicely alongside fellow Northern Irish 90s revivalists Vanilla Gloom and Echo Raptors.

The "Blue" EP is available to download from the band's Soundcloud page for free.