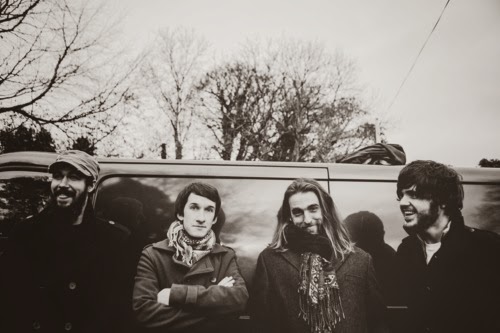 It's always nice when a band you know release a song that completely takes you by surprise. Up until now, Derry's The Wood Burning Savages have been known for their rollicking rock & roll sound, the occasional excursion into folk notwithstanding.

It makes the sound of their latest single, "America", sound almost alien at first - of all the directions you might have expected the group to slide into, disco-rock would have been somewhere near the bottom. They do a good job of it though - "America" is a sleekly produced track full of syncopated basslines, oscillating synths and a somewhat psychedelic guitar riff that come together to make something both satisfying and a little bit different.

It's nice to hear a band who don't try to confine themselves to just one rigid genre. Let's just hope this doesn't mean that their next single will be an excursion into death metal polka-rap.

"America" will be released on March 18th.

Posted by Christopher McBride at 18:47