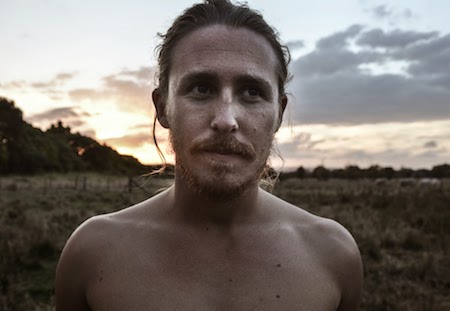 Your humble Captain might be known for many thing, but one thing he's not known for being is a prognosticator. However, in spite of this, he can confidently state that the following sentence is going to feature of a good lot of new music blogs over the next few months -

Or at least that's what they'll be saying off the back of his debut single, "We've Got Love". The song has all the trademarks of that noted troubadour - acoustic-rock production with a slight punky edge, lyrics that offer a commentary of the human condition, and a knack for a great sing-along chorus.

This time last year, fellow Aussie Vance Joy burst out of the blogosphere straight into the chart with his own brand of acoustic rock. Could Calan Mai repeat that story this year? It's might be a bit early yet to tell, but We've Got Love" is a decent starting point.

"We've Got Love" is taken from the E.P "Days on The Rock Face", which will be released in July.