New Ancestors - If You Let Me 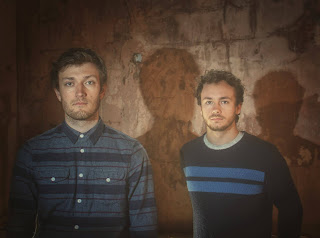 There are many reasons why a band may choose to reinvent themselves with a new name. It could be that the band has changed direction musically and chooses a new moniker to distinguish themselves from what they did before. It could come about due to a personnel change in the band, especially if one of the ex-members happens to own the rights to the name (or even someone not involved with the band, c.f The London Suede fiasco). Or perhaps the band feel that they have gone as far as they can go with their current name, and feel a change will help them to bring themselves to the next level, especially if there's a stigma attached to it.

Recent history has seen bands reach dizzy heights following something as simple as a name change. After being dropped by their label, Parva changed their name to Kaiser Chiefs and changed to a poppier style, becoming one of the biggest selling bands of the mid 00s in the process. Despite having an Irish #1 single behind them, 21 Demands changed their name to Kodaline in order to distance themselves from their previous material, and as a result they have a platinum selling album to their name in 2013. And would Two Door Cinema Club have enjoyed the same amount of international success if they were still known as Life Without Rory?

All this is a preamble to the introduction of the debut single by Belfast duo New Ancestors. Despite being less than a week old, they are a band that many people locally might already be familiar with, having been known for the past 4 or so years as The 1930s. So far, the response to their new name has been overwhelmingly positive, as has the response to their debut single under their new moniker, "If You Let Me." The song isn't a million miles away from the folky sound of their former incarnation, but it does show a band which has evolved its sound into something more anthemic that their past material, suggesting that they might have taken something more than just a name change out of Kodaline's book.

Whilst I am unaware of the reasons for their name change, I wish Northern Ireland's newest band, New Ancestors, the best of luck with their new venture. If they can build upon the great work they've started with "If You Let Me", then they may be worth keeping a closer eye on.

Posted by Christopher McBride at 21:17