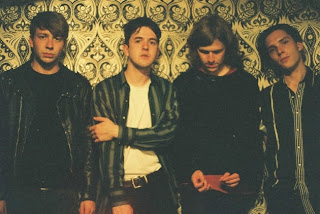 Leeds group China Rats have been building their profile rather nicely since the last time we heard from them. As well as coming into their own as a live band, complete with sets at the Reading/Leeds Festival, they've also had a song featured in popular Channel 4 TV show The Returned. With a new E.P forthcoming next month, they've released the lead track to be taken from it. "Deadbeat" is a decent slice of Vaccines/Oasis-ish indie-rock, a song which should placate their current fanbase, and hopefully win them a few new fans as well.

"Deadbeat" is taken from the E.P "Don't Play With Fire", which will be released on September 30th.