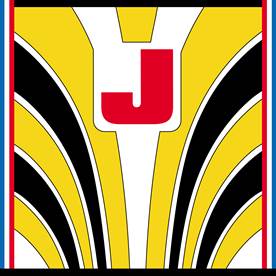 As any regular reader of this blog might be aware of, the only thing I enjoy just as much as music is the culinary delights of Battenberg and Caramac Bars (amongst other foodstuffs, hence why there's no photos of me anywhere on this blog). That is exactly why I was absolutely delighted to hear about the new double-A side single from an indie-pop band with members from Scotland, France and Bolivia. Not only are they named Jacques Caramac & The Sweet Generation, they also claim that their new single is the first rock song ever written about Battenberg. If ever there was a perfect band/song combination for this blog, it's this one.

If their double A side single proves anything, it's that Jacques Caramac & The Sweet Generation are a band with their tongue firmly in cheek. "Snowballs" is a jangly slice of indie-pop in the mold of The Byrds, yet its chorus has a double entendre so big that it would make the cast of the Carry On films wince. "Take It Where You Find It" is a punky tribute to the aforementioned delicious marzipan covered sponge cake. If you like your guitar music eccentric and a little bit bizarre, then you could do no worse than Jacques et al.

"Snowballs/Take It Where You Find It" is out now as a limited 7' snowball coloured vinyl.