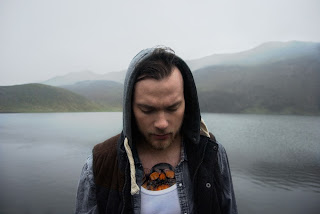 21-year-old Ásgeir sure is popular in his native Iceland. According to his most recent press release, his debut album "Dyrd í dauðathogn" is owned by nearly 10% of the population of his home country. To put that into context, the UK's biggest selling album of all time, "Greatest Hits" by Queen, is owned by approximately 9.3% of the population.

The album is due to be released on these shores in the autumn in an Anglicized form as "In the Silence", with the English lyrics translated by John Grant. His debut song from this release is "King and Cross", an electro-acoustic track that seems to have taken hints both from Grant and his fellow countrymen Sigúr Rós. With a great sound that is both incredibly familiar and very much his own, Ásgeir has just as much chance of bewitching the rest of the world as he has in his own country.

Posted by Christopher McBride at 14:14

Email ThisBlogThis!Share to TwitterShare to FacebookShare to Pinterest
Labels: Iceland