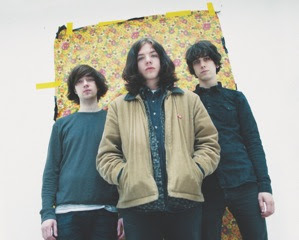 Guttural lo-fi garage rock is the order of the day for Brighton based trio The Wytches. Their new single, "Beehive Queen", is a darkly tinged track which sounds like it would be right at home at a zombie surf party, with shadowy guitar riffs and its vocals from Kristian Bell, who comes across like Jack White at his most twitchy.

"Beehive Queen" will be released as a 7' single on June 3rd.

Posted by Christopher McBride at 15:54