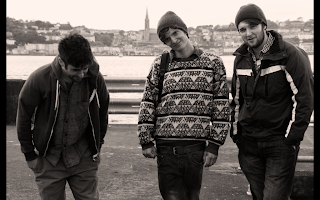 You've really got to admire a band in which the vocals really feel like an instrument in its own right, which is exactly the case in "Holy Venus" by Cork based trio San Chateaux. The song combines elements of Sigur Rós and The Delays with a smattering of Irish folk to create a song that is simultaneously ethereal and down-to-earth at the same time. And the vocals - well it might be difficult to make out what is being sung, but given its fragile beauty, they could be singing about buying milk from the corner shop and it would still be engaging.

"Holy Venus" will feature on San Chateux's self-titled E.P, which is released on May 27th.

Posted by Christopher McBride at 14:34