The Dead Presidents - Can You Dig It? E.P 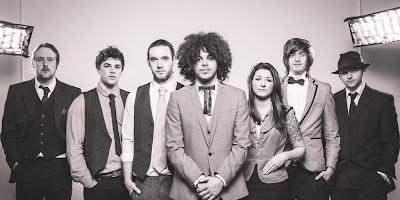 Of the artists playing at last year's Glasgowbury Festival, the one that really impressed me were Belfast based funk/soul brothers (and sister) The Dead Presidents. The band stood out from their local peers for their laid back style and funky jams, as well as through their distinctive frontman Matthew Wilson. After being on the boil for quite some time now, the band have just released their latest E.P, "Can You Dig It?"

The answer is yes, you can. The E.P is a great slice of laidback soul, one which eschews in-your-face hooks for a more groove based approach on tracks like "Dancing With the Devil" and "Fallin' In Love Again". Matthew's vocals are very similar to those of fellow city boy Van Morrison, something which is either a strength or a distraction depending on your viewpoint on such issues. It's a rather distinctive E.P, and one which will be very well received at their always enjoyable live shows.