Maps - I Heard Them Say 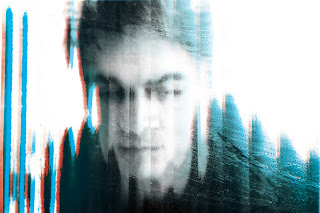 It's wonderful to see that James Chapman, aka Maps, is gearing up to release new material in the summer. I have always had a great fondness for Maps, especially the 2007 debut album "We Can Create", not only because it was a stunning record, but because it was an important milestone in the development of my musical tastes. Up until that point, my musical tastes were firmly dictated by whatever songs were in the chart, or had been in the chart. However, hearing the stunning "It Will Find You" acted as a wake-up call, showing that there is indeed a world of music beyond the top 40. And giving how depressing the charts looked from 2008 onward, I escaped from its confines at the right time.

Now six years on, the third Maps album is being lined up for release. Excitingly, this record has been mixed by Ken Thomas, who was responsible for mixing "We Can Create", and the first single to be taken from the album, "I Heard Them Say", seems to suggest that this album could be just as good as his debut. The track features  the trademarks that made Maps such a delicious proposition in the first place - dreamy vocals and expansive electronic soundscapes. Also, after being largely ignored on Maps' second album "Turning The Mind", the song features the return of guitars to the band's sound.

"I Heard Them Say" is a song that should make people stand up and take notice of Maps again, and so far, that seems to be the case - a limited edition 12' copy of the song sold out within hours of it being released into the world.

The third album by Maps, "Vicissitude", will be released on 8th July.

Posted by Christopher McBride at 15:13