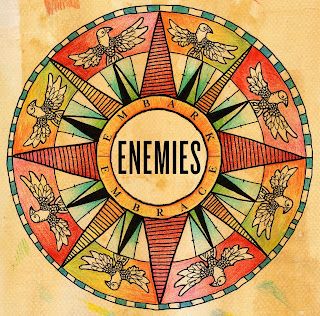 Kilcoole based shifty-pop quartet Enemies are gearing up to release their second album next month. To whet our appetite before its release, the band have released the first track from the album, "Executive Cut", which the band have made available as a free download.

"Executive Cut" features Cast of Cheers frontman Conor Adams on guest vocals, and marries the style of two of the best post-rock groups of the past few years with much aplomb - the first half of the track features offbeat rhythms not too dissimilar to some of Battles' later songs, before culminating in an almighty wall of noise that would make And So I Watch You From Afar very proud indeed.

"Executive Cut" is taken from the group's 2nd studio album "Embark, Embrace", which will be released on May 10th.