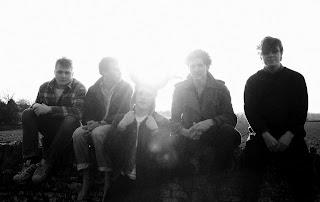 Since I first introduced teen Oxford quintet Wild Swim in December last year, things have been going, ahem, rather swimmingly for them, playing at T In The Park and supporting such great artists as Django Django and Spector.

The group are gearing up to release their first official single next month, and it is a real cracker. Produced by Steve Osborne, who was responsible for producing Suede's "Head Music", "Echo" is a great slice of baroque-pop, which for the most part finds itself firmly in the Wild Beasts mold (the similarities between Richard Sansom and the aforementioned group are uncanny). The last 45 seconds however goes off in a completely different direction, sounding like an updated version of "Under The Bridge" for the 2010s. The band's ability to spring such surprises is one of its strong points, and should see the band firmly placed for the new year.

"Echo" will be released on November 26th on Believe Records.