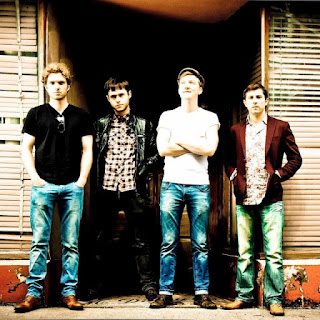 It looks like I might have found another contender for 'The Bruce Springsteen-est Song of 2012' from a group much closer to home. Formerly known as The Coonics, Tuam based quartet Strange Boats will be releasing their next single "Boys Walk Faster Than Girls" on October 26th. The song owes a great debt to The Boss, in particular the intro guitar riff which is reminiscent of "Born to Run", mixing it with a noisy-energy reminiscent of fellow Springsteen-istas Japandroids.

Strange Boats will be touring Ireland throughout October and November, including a date in Belfast on November 23th in Mandela Hall, supporting Saw Doctors.

Posted by Christopher McBride at 15:16