Artmagic - Down In The River 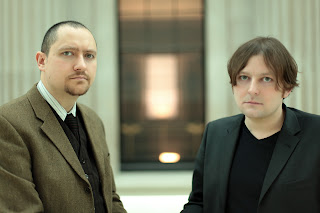 Time to plug up a hole on The Metaphorical Boat that I've been meaning to cover for some time. I've briefly mentioned duo Artmagic on several occasions, but haven't gotten around to covering any of their tunes in great detail, and there's no better time like the present to right that wrong.

Anyway, Artmagic consists of Sean McGhee, who has produced and mixed for artists such as Robyn and Alanis Morissette, and Richard Oakes, who is most famous for his work as the guitarist for Suede from "Coming Up" onwards. Their next single release is "Down In The River", which utilizes the strengths from both halves of the duo to create something rather great. McGhee's production experience brings an accessible pop sheen to the proceedings, whilst Oakes brings his trademark guitar sound that made him so beloved among the Suede faithful.

"Down By The River" will be released on October 29th, and is taken from Artmagic's album "Become The One You Love", which is out now.