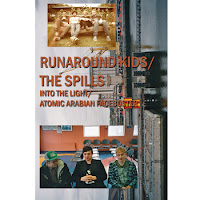 As part of its Bitching Cassettes series, independent record label Philophobia Records have released a limited edition single featuring two rather fine Wakefield based noisemakers, Runaround Kids & The Spills. The contribution from Runaround Kids is "Into The Light", a track that melds catchy indie rock with elements of screamo. As for The Spills, they give us the charmingly titled "Atomic Arabian Facebuster", a delightfully lo-fi headphone overpowerer.

The split single from Runaround Kids/The Spills is out now in cassette format, limited to just 100 copies.