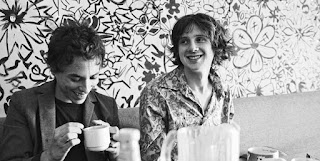 Electro-lounge hasn't really been seen as being in the upper echelons of cool since Air were in their "Moon Safari" heyday. However, American duo Foxygen hope to change that with the release of their upcoming album. The first song to be taken from the release is "Shuggie", which mixes the dreamy electronic sounds with elements of David Bowie & Scott Walker thrown in for good measure.

"Shuggie" is taken from the album "We Are the 21st Century Ambassadors of Peace & Magic", which will be released on January 22nd 2013.

Posted by Christopher McBride at 12:20