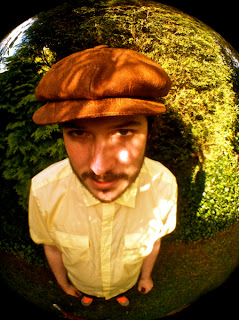 Rob Jones, aka The Voluntary Butler Scheme, is gearing up to release his third album early next year. In anticipation of its release, he has brought out the first song to be taken from it, and it's a real cracker.

Following the largely electronic sound of his last album, the rather disappointing "The Grandad Galaxy", "Brain Freeze" sees Jones return to the retro-pop sound that made his debut album "At Breakfast, Dinner, Tea" so beloved. It features incredibly quirky lyrics ("if I had the money I'd drive in the bus lane"), and some fantastic instrumentation including, for the first time in VBS's sound, trumpets and saxophone. "Brain Freeze" is the sound of The Voluntary Butler Scheme returning to full form with aplomb.

"Brain Freeze" is currently only available to buy as an iTunes app. It will feature on their third studio album, "A Million Ways To Make Gold", which will be released early next year.


Posted by Christopher McBride at 12:58