Night Engine - I'll Make It Worth Your While 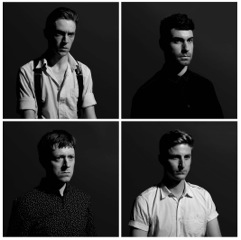 Sometimes when I hear a group for the first time, I try to play a game of 'spot the influences', where I attempt to find as many reference points as I can for the artist in question. Take London based quartet Night Engine for example. Formed in January of this year, the group have released their first track, "I'll Make It Worth Your While," which seems to act as a 'who's who' of trendy influences condensed down into 3 minutes of pure joy. Elements of Chic, David Bowie, Franz Ferdinand, Talking Heads, Human League & LCD Soundsystem. With great fun hits-in-waiting such as this one, as well as several upcoming gigs which have already sold out, it looks like the future could be rather rosy for the band.