Fossil Collective - On & On 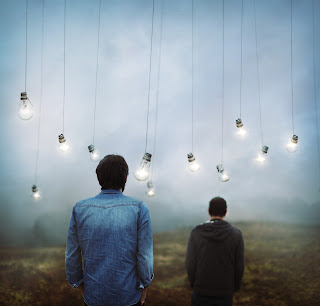 What is it about Leeds and good music, seriously? That's not a rhetorical question by the way, I want an explanation as to why there's so much great new music coming out of the city at the moment. In the form of haiku, if possible.

The most recent band from the city to catch my attention are duo Fossil Collective. Having released their debut E.P to critical acclaim off the back of tours with Benjamin Francis Leftwich and Ren Harvieu, the band are gearing up to release their sophomore E.P. The first track to be taken from it is "On And On", which is a gorgeous piece of music indeed. Whilst the vocals call to mind James Walsh of Starsailor, the instrumentation seems to be rooted firmly into folk-rock, and even finds time to fit in a flute solo.

The band have also released a stop-motion music video for the track, although I should inform you that despite featuring a deer and a wolf ballroom dancing, it is a bit of a downer. It is recommended therefore that you line up some videos of cats doing cute things once this one concludes.

"On & On" is the title track of the 2nd E.P by Fossil Collective, and will be released on October 22nd.


Posted by Christopher McBride at 23:10