More Than Conquerors - When The Well Runs Dry 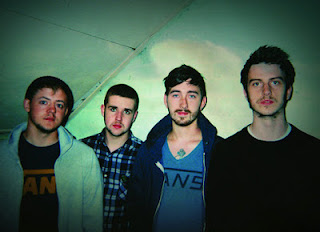 It's fair to say that this summer has been rather rosy for Belfast based quartet More Than Conquerors. Following some high-profile festival sets at both T In The Park & Glasgowbury, the band found themselves added to the Radio 1 Introducing Playlist with "Bear Knuckle Fight", following in the footsteps of other local groups (Kowalski, The Wonder Villains, Rams' Pocket Radio, Yes Cadets) who also got that nod.

In anticipation of their upcoming UK tour, including a Belfast date tomorrow (6th September) in Auntie Annies, the band have brought out the first single which will feature on their Smalltown America released debut album. "When The Well Run Dry" is a fine piece of heavy, thundering alt-rock in the 30 Seconds to Mars/Jimmy Eat World tradition. If it gains the same amount of support as their last release, then if is clear than More than Conquerors could be the heaviest band from the north to break through nationally for some time.

"When The Well Runs Dry" is available to download now.