Eugene McGuinness - The Invitation to The Voyage 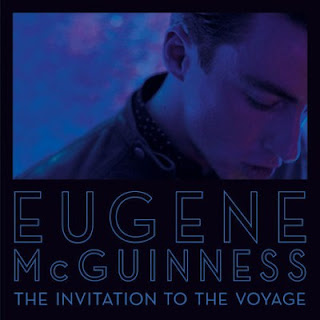 He's signed to Domino Records, the label that did rather well from the success of Arctic Monkeys, and he plays guitar in Miles Kane's live band. So surely the third album from Eugene McGuinness, "The Invitation to The Voyage", can only sound like one thing, right?

Well prepare yourselves to be amazed, for the album is not a series of "Favourite Worst Nightmares" knockoffs, but a collection of ten intelligent, sophisticated, grown-up pop tunes. Eugene McGuinness comes across as a rather literate fellow, with the lyrics of "Harlequinade" referencing the commedia dell'Arte, and "Japanese Cars" teaching me a new word: 'tarantism' (which according to the Free Dictionary, is a "A disorder characterized by an uncontrollable urge to dance, especially prevalent in southern Italy from the 15th to the 17th century and popularly attributed to the bite of a tarantula.")

There's some side-splitting word-play on the only guitar-heavy track, "Lion" (sample lyric: "I'm sitting on the ventriloquist's knee, allowing his hand somewhere it shouldn't be"), whilst "Shotgun" channels the spirit of Henry Mancini by way of Tricky. Overall, it's a highly enjoyable set of pop gems, and it's a real contender for my album of the year come December.

The Vaccines - Come of Age 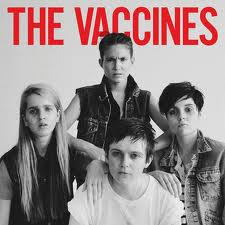 Has there been a band in recent memory that has inspired such Marmite reactions than The Vaccines? Their supporters see them as the band that have brought (or attempted to bring) indie-rock back into the mainstream, whilst their detractors have considered them as a watered-down version of the major label-led "landfill indie" blight of the mid-00s. I suppose that for myself, I have been somewhat of a cautious supporter of the band. Although I declared "Norgaard" my favourite single of 2011, I acknowledged that their album was not as consistent as it could have been.

With their second album "Come of Age", out this week, both the band's supporters/detractors will have something to cheer/moan about. The band don't really change things up too much on this album, with the exception of ridding itself of the sub 2-minute tracks (which were my favourite moments of the last album, incidentally). The band showcase their literacy in popular music throughout, with slight musical references to popular songs. "I Always Knew" features a riff not too dissimilar to "Crocodile Rock", "Aftershave Ocean" calls to mind "Days" by The Kinks, whilst it's hard to to listen to "Weirdo" without immediately thinking of "Creep".

Perhaps the most ill-advised track on the album is "I Wish I Was A Girl" (which isn't a cover of the early 00s song by Violent Delights). The song attempts to be a Franz Ferdinand-esque strutter, but comes across as just laughable. I'm sure that feminists will be delighted to hear that Justin Young wants to be a girl because "life is easy when you're easy on the eye." There is the possibility that the track is supposed to be satirical, although if someone was to claim that The Vaccines' whole career was just one long satirical joke, I imagine there'd be many people who wouldn't be surprised.

But anyway, "Come of Age" is more of the same from a band who have some decent tunes.

The Burning of Rome - With Us 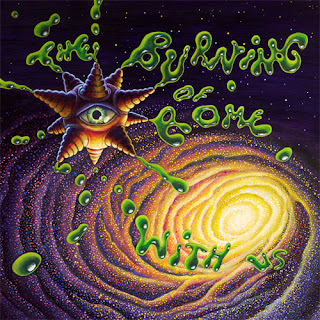 Having reviewed the lead single from San Diego band The Burning of Rome's debut album, "With Us", a few weeks ago I was expecting the entire album to showcase the same gloriously bonkers style as offered on "Ballad on An Onion Sprout." However, it seems like that song was something of a false friend, as the rest of the album, with the exception of the Little Shop of Horrors sampling "Audrey II", the album seems to be rather...normal.

Which isn't to say it's a bad album, as it does have some good tunes on it, in a very eclectic range of styles. "Little Piranhas" is a great piece of Arcade Fire-esque alt-rock, "Norman Bates" has the feeling of Depeche Mode about it, and "Cowboys & Cut Cigars" sounds like either The Black Keys if they were 87% more evil, or Marylin Manson if he was 13% less evil. The song that owes the most debt to another artist however is "Opus For Sleeping", which I can only conclude has only been composed in order to mock the overly bombastic music of Muse.

It's an incredibly varied kaleidoscopic album that flirts with many different styles, which unfortunately comes at the cost of any real cohesiveness. There's some real gems to be found here however, and because no song on the album sounds like another, there's bound to be at least one song on this album you can fall in love with.

Elbow - Leaders of the Free World 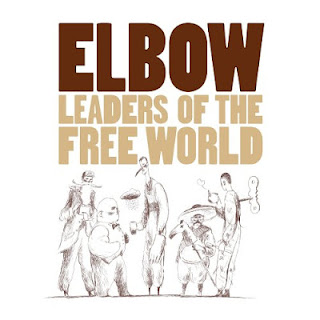 Look at me reviewing an album from 7 years ago. I'm really on the cusp of new musical discoveries.

There seems to be a growing feeling in popular culture that despite releasing three albums that sold reasonably well, Elbow's career didn't really start until 2008 with "The Seldom Seen Kid", an attitude that I must confess I also shared. This attitude hasn't really been helped by the band themselves, seeing that during their recent sets all but three of the songs didn't feature on either "SSK" or "Build a Rocket Boys". Having listened to "Leaders of the Free World" for the first time recently, I'm starting to think that their earlier material deserves to be removed from the shadows of their most recent work.

The notable thing about "Leaders of the Free World" is that unlike their recent work, which seems happy to flirt with mid-tempo stadium anthemics, this is a straight-up rock album. I've felt sorry for Elbow drummer Richard Jupp, as he doesn't seem to have had much to do on recent albums (I remember the band's performance of "Lippy Kids" during the Mercury Prize, where all he seemed to do for the song's duration was dust his symbols). On "Leaders of the Free World", he gets to flex his muscles on stompers such as "Forget Myself" and the deeply political title track (this album was released during the height of the Bush Administration). Sure, there were hints of what was to come on tracks such as "The Stops" and "My Very Best", but above all this album shows a louder, more aggressive side to Elbow that they deserve to bring out on a regular basis.

Highlights: Forget Myself, The Stops, Leaders of the Free World. 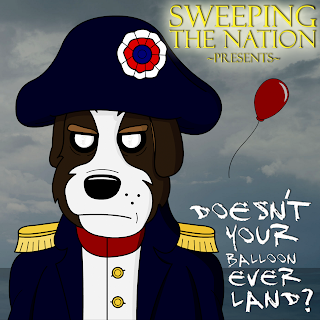 There seems to be an unwritten law which states that "the longer a music blog is running, its odds of releasing a compilation album reaches 1". Because I am not an egotistical person, I hereby dub this rule "McBride's Law".

The latest music blog to release a compilation of their favourite tunes is the wonderful UK based Sweeping the Nation, with the release entitled "Does Your Balloon Ever Land?". There's a few tracks from great acts that I've mentioned before on this blog, including local boys Amateur Historians, This Many Boyfriends (with a sneak preview track from their upcoming debut album) and Maybeshewill. There's also great tracks from Runaround Kids, Nature Set & Screaming Maldini.

The album is currently on sale for the reasonable price of £3 for 25 tracks. That's the equivalent of three Battenberg Cakes, or 4 Caramac Bars. All the proceeds from the release will directly benefit Macmillan Cancer Support, so really don't have an excuse not to buy it.


Posted by Christopher McBride at 23:53