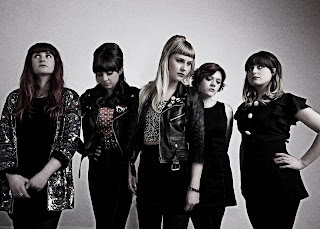 Scuzzy garage-pop is the order of the day for Dublin based quintet September Girls. Formed in September  2011, the group's first release, a cassette only single, sold out within a week of its release in April this year. Their follow up release is "Green Eyed", a track that mixes dark garage sounds with sumptuous vocal harmonies taken from 60s girl groups on the chorus.

"Green Eyed" will be released as a limited edition 7" in October.

Posted by Christopher McBride at 18:14