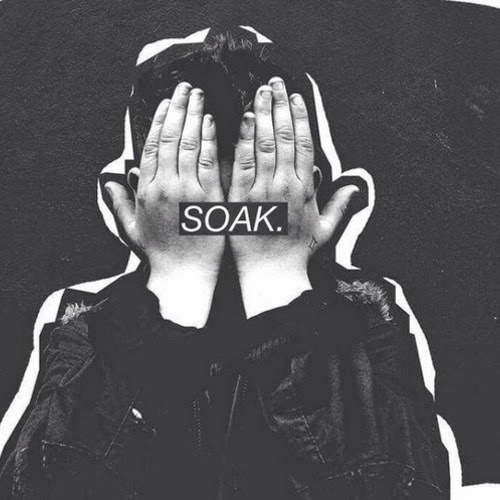 Bridie Monds-Watson, aka SOAK, has been the darling of music in Northern Ireland since she first broke through in 2012, releasing the acclaimed "Sea Creatures" E.P and filling the acoustic tent to the rafters at Glasgowbury that year. Following a year where she signed a publishing deal with Universal, as well as touring far and wide with Tegan & Sara, 2014 is shaping up to be the year where the world will awaken to her sound. She's already started off well, signing to Goodbye Records, which is owned by last year's breakout artist Chvrches, and with support slots with them and George Ezra lined up in the next few months, what better time to grace us with "Blud", her first new song in what seems like an age.

Like the material that has gone before, "Blud" showcases the paradox that surrounds SOAK's music - this is undoubtedly the work of a young soul (she won't be 18 for some months yet), yet her lyrics show a maturity that some people twice her age have failed to pull off.

The song has already picked up a bit of airplay on Radio 1, and whilst it probably won't be the track that smashes her into the mainstream, it definitely feels like she is only one or two tracks away from doing so. For two years now everyone from Northern Ireland has been banging on about SOAK to everybody that will listen. 2014 will be the year everyone else realises that we weren't crazy.

"Blud" will be released on March 17th, both on download and vinyl.

Posted by Christopher McBride at 19:40