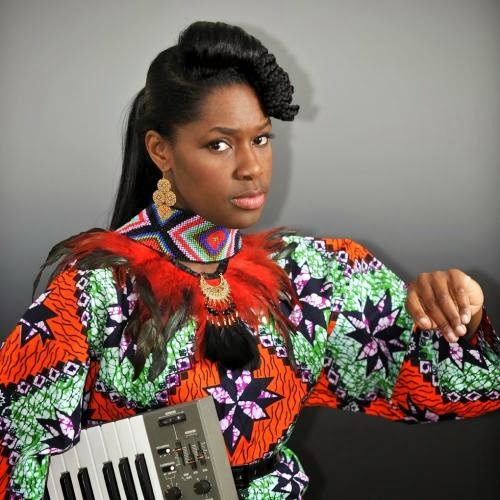 Has the critical success of Melt Yourself Down led to a greater public awareness of more artists with a more cosmopolitan musical outlook, or is it just that I'm noticing it more because of how much I enjoyed MYD? Either way, it's great to see more artists coming through with such genre-defying sounds, such as London based Ibibio Sound Machine.

Fronted by British/Nigerian singer Eno Williams, the 8-piece group's new single "Let's Dance" has already enjoyed some success, having graced the BBC 6music playlist before it's even been officially released. It's not hard to see why it's gone down so well, with a sound that mixes modern electronica with exotic rhythms, great brassy lines, and the half sung/half rapped vocals of Eno, which are sung in both English and Ibibio (hence the band's name). It's one of the danciest new songs you're likely to hear this January, so let your inhibitions go and just move to the rhythm.

Posted by Christopher McBride at 20:06