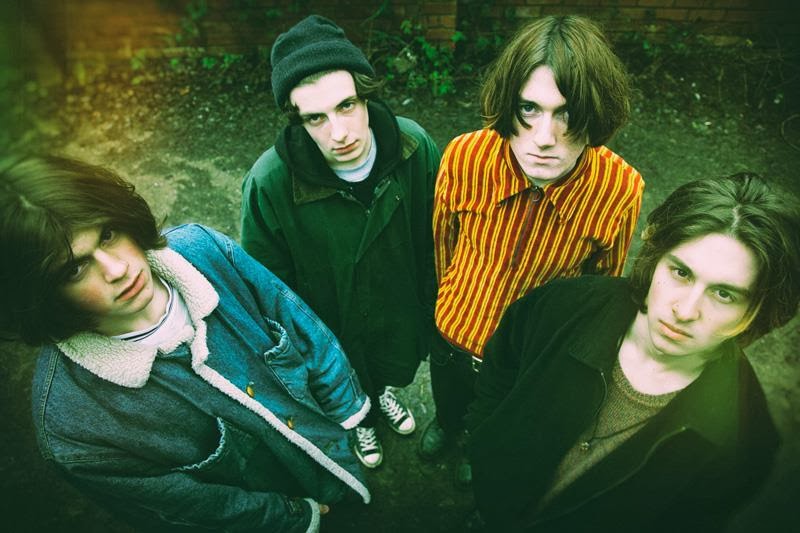 If you're anything like me (or possibly, much more likely, even if you're absolutely nothing like me), then there has been a massive gap in our hearts ever since the glorious Tribes called time on their career at the end of last year. Since that day, the immortal question that has passed through heads has been thus - "Whosoever could take their place to be the new rulers of Britpop revival?"

At the moment, it looks as if that mantle will be taken on by Superfood, who are already starting to make steps towards ubiquity. But another challenger came to our attention at the weekend thanks to a post from one of our favourite music blogs, Breaking More Waves, and perhaps unsurprisingly, they hail from the city which is seen as the Mecca of the guitar revivalists, Birmingham. Ladies and gentlemen, meet Babypink.

Of the two demos currently gracing their Soundcloud page, it is "Petrichor" which is getting people excited. And it's not hard to hear why. As noted elsewhere, it has a little bit of Pixies to it (more specifically, "Wave Of Mutilation"), whilst also sharing a similar sound to our dear departed Tribes, as well as fellow Brummies Swim Deep. And whilst it might be slightly trite to say so, the song's central guitar riff is just dying to be roared out by thousands of screaming revelers at festivals across the land.

The hole left in our heart might be wide, but it looks like Babypink have the right tools at their disposal to repair it.

Posted by Christopher McBride at 19:22