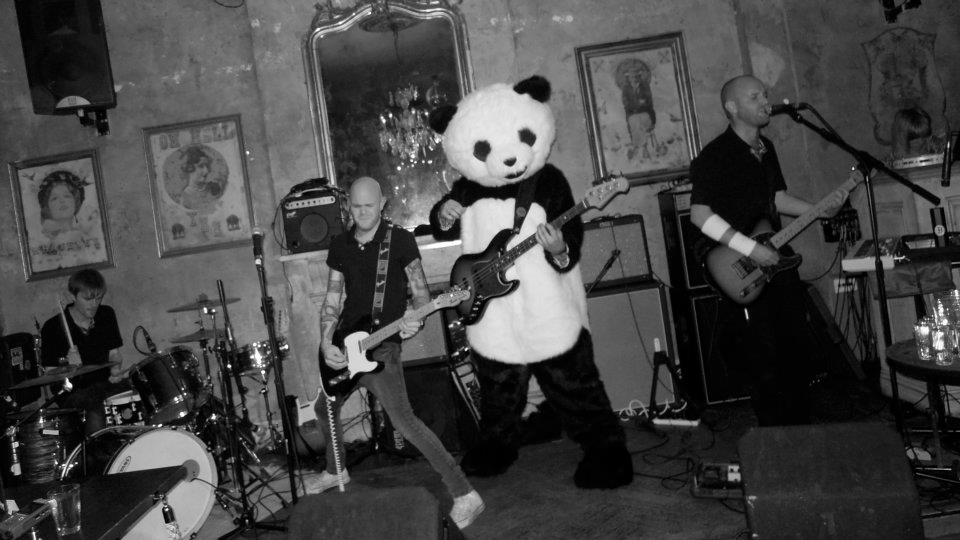 Back in 2012, Free Swim released the thoroughly enjoyable tune "The Smell of Pregnancy", a song as fantastic as it was downright bizarre., which later became one of the blog's most enjoyable songs of the year. Later releases, like the "She Dreams In Lights" EP and Paul Coltofeanu's releases under the Android Angel moniker last year suggested that the project would be moving into more introverted, less bonkers territory.

How wrong we were, as this week Free Swim have released their first song from an upcoming E.P, "Transatlantic Tumnus." All the hallmarks that first piqued interest in the band are here, from the great rock setup, the offhand references to food, and gloriously off-kilter wordplay ("we put kittens into mittens in a Tory constituency"). What sets this song apart from their other material is its slightly satirical bent, offering a critique of modern British life.

Free Swim have usually excelled when they take a trip on the good plane bonkers, so it's great to see them back in 2014 making that lauded trip.

Posted by Christopher McBride at 12:39