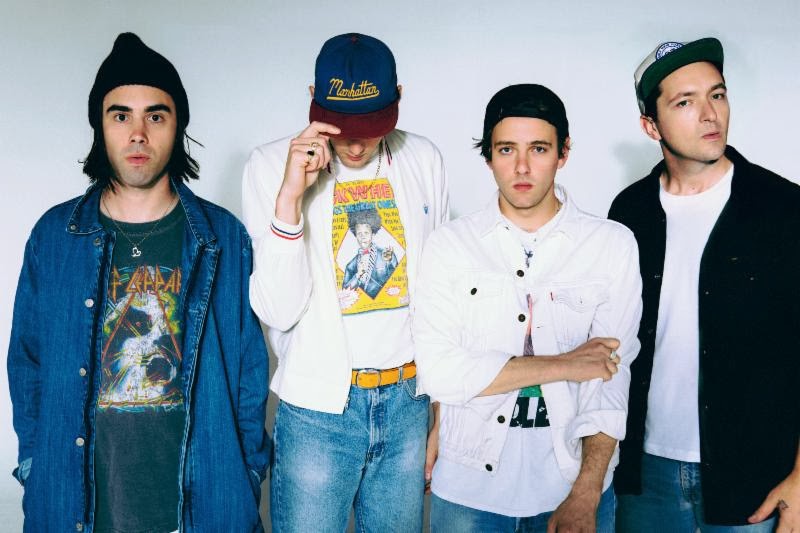 I've been meaning to write about New York rockers Skaters for over a year now, but for various reasons never got around to doing so. It's fair to say however that they've done pretty well in that time, entertaining crowd on both sides of the Atlantic, gracing the playlists of Radio 1, and given us some great tunes like "I Wanna Dance (But I Don't Know How)", a song that came dangerously close to making the blog's top songs of last year.

So with their debut album almost upon us, now seems like the most opportune time to give them a few metaphorical inches, with the release of their new single "Miss Teen Massachusetts". Given that it sounds a bit like Menswe@r, you can tell that it's right up my street.* If you're looking for youthful guitar pop that doesn't take itself to seriously, then you could do a lot worse than Skaters.

Their debut album, "Manhattan", will be released on February 25th.

*That's not sarcasm. Seriously, have you ever heard "Daydreamer"? It's wonderful.
Posted by Christopher McBride at 19:47